Digital tools have played an important role in the prevention and control of the new crown pneumonia epidemic. Digital tools such as personal health code, telemedicine, online office, and enterprise “resumption on code” are widely used. From government decision-making and deployment to enterprise resumption and social operation, digital “infrastructure” functions have become prominent. 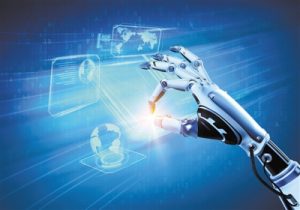 “New infrastructure” needs new ideas to advance. Government departments at all levels must understand the necessity and urgency of “new infrastructure” from a strategic perspective.  Digitalization is not only a basic project for the modernization of national governance systems and capabilities, but also an important driving force for the high-quality development of the economy. It is also a winner or loser in stimulating global competitiveness. In fact, some local digital constructions have started early and are widely used. They are more proactive in scientific epidemic prevention, resumption of work and production, and convenience for the benefit of the people.

“New infrastructure” should be clear when, where, and where to build the new infrastructure.  The key foundation of technological innovation in cloud computing, big data, artificial intelligence, blockchain, and the Internet of Things is “digital soil.” In participating in the “new infrastructure” process, to avoid excessive investment and misalignment, it is necessary to broaden horizons, enhance professional knowledge, and improve the layout capabilities of digital hardware and software.

“New infrastructure” should be application-oriented. The digital application in the epidemic prevention process is to solve practical problems in response to social needs. This shows that digital “new infrastructure” should be more from the perspective of demand, proactively invest in short-board areas, improve the level of digitalization, and achieve both economic and social benefits.

“New Infrastructure” requires government-enterprise collaboration and the directors of various exhibitions. In the process of digitization, the government organizes industrial planning, integrates resources, and enterprises drive technological innovation and densely woven application systems.  Governments and enterprises have their own divisions of labor, and their roles are irreplaceable. Collaboration drives digitalization and fosters a fertile “digital soil.”a