The New Zealand government said that its goal is to achieve 100% universal access to optical broadband in the second phase of the national plan. By the initial stage of 2022, 87% of New Zealand’s population will be able to use optical fiber connection directly.
In the latest Speedtest global index, New Zealand’s proportion of optical fiber connections to the total number of fixed connections ranks the top 8 among OECD countries, and the fixed broadband speed ranks the 18th. 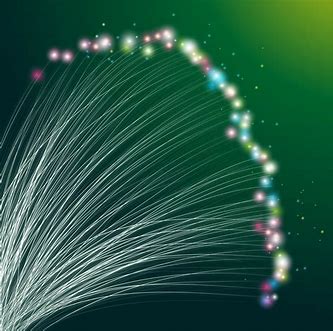 The report issued by the Ministry of Business, Innovation and Employment does not specify the cost or source of funds, but it describes the idea of one of the most successful state-driven national broadband projects in the world. Its most significant feature is that the cost of public-private partnership is relatively low.
Since the launch of the Ultra High Speed Broadband (UFB) program in 2010, the government has only contributed NZ $2.68 billion (US $1.9 billion). Most of the funds come from commercial operators, especially the old company Chorus, which accounts for 69% of UFB connections. Local and community optical fiber service providers accounted for the remaining share. According to the report, New Zealand Telecom spends about 1.6 billion New Zealand dollars (US $1.07 billion) annually on various types of telecommunications infrastructure.
In contrast, the National Broadband Network of neighboring Australia is fully funded by a specialized wholesale operator. It has spent the government’s estimated A $51 billion in the past 12 years, and may face a deficit of A $25 billion (US $1.68 billion) in 2040.
In the next decade, the main target of broadband in New Zealand is rural areas. The report acknowledged that in most parts of the country, connection options are limited due to remoteness and low population density. New Zealand’s 2032 goal is to ensure that “residents and workers in every rural and remote area have the ability to access the connections they need.”
To this end, the government has allocated NZ $90 million (US $60.5 million) from its COVID-19 recovery fund to upgrade rural networks to promote the connection of about 70000 rural sites. It also allocated an additional NZ $15 million (US $10.1 million) to expand coverage and support “innovative connectivity options” in remote areas.
The other two main objectives are related to climate change. In the next decade, the goal of the New Zealand government is to ensure that the telecommunications infrastructure can support energy efficiency and reduce greenhouse gas emissions, as well as “meet the unique flexibility challenges of the country”.