On March 21, Ou Hong, the director of the Investment Department of the Development and Reform Commission, said that most parts of the country have entered the golden period of construction, and next they will urge all localities to accelerate construction, ensure accurate investment and avoid flooding. Accelerating the construction of a major project and infrastructure such as 5G network data centers that is clearly identified in the national plan.

On March 18th, Ha Zengyou, Director of the Employment Income Distribution and Consumption Division of the Development and Reform Commission, also said that new consumption has become a new driving force for China’s economic development. The construction of a new generation of information infrastructure strive to promote full coverage of information services. 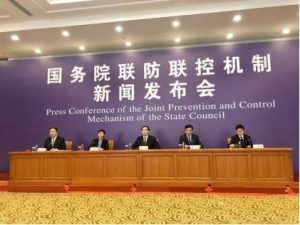 This is the second mention of 5G network and data center construction within 4 days of the NDRC.

As early as this month, the Standing Committee of the Political Bureau of the Central Committee of the Communist Party of China has decided to speed up the construction of new infrastructure such as 5G networks and data centers. Attention must be paid to mobilizing private investment.

In the 5G era, the rate of data generation will increase exponentially, generating large-scale data, and also placing higher requirements on data timeliness and transmission rate. The implementation of 5G can make up for the shortcomings of 4G mobile communications and meet the the needs of the big data industry for mass data transmission, storage, and processing. China Industry Information Network predicts that global data center traffic will increase to 15.3ZB in 2020, with a compound growth rate of 18.7%, accounting for about 77% of global data traffic. The organization believes that data center traffic will continue to dominate Internet traffic in the next few years and cannot be underestimated.

Ou Hong said that most parts of the country have entered the golden period of construction, and next they will urge all regions to speed up construction. It will strengthen the construction of public health, municipal facilities, and emergency material reserve systems for the renovation of old communities and further encourage private investment and stimulate the vitality of private investment.

At the same time, at this press conference, Zheng Jian, deputy director of the Basic Division of the National Development and Reform Commission, said that it is necessary to accelerate the high-quality development of new infrastructure including 5G, artificial intelligence, industrial Internet, and the Internet of Things.

Zheng Jian pointed out that in the future, more projects such as smart transportation, smart grid, and smart cities will be promoted as a whole to build an infrastructure system that meets the needs of the smart economy and smart society.