On September 5th, there was still one day before the release of Kirin’s annual chip, and Huawei also advertised a poster at the IFA exhibition in Germany. From the official information, the new processor can be confirmed as the Kirin 990. 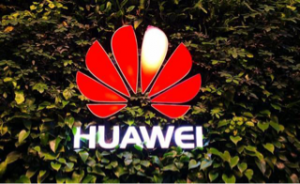 In addition to being the world’s first 5G SoC chip based on the 7nm FinFET Plus EUV process, Huawei also confirmed that another upgrade point of the Kirin 990 is the integration of the 5G baseband. From the official remarks, the chip is packaged simultaneously. AP (application processor) and BP (baseband processor), and integrated 5G baseband, no need to plug, this has no small improvement on the phone’s battery life.

Also pay attention to the details, the Huawei promotion mentioned in the “Kylin 990 series”, which means that there will be more than one Kirin 990 5G product, there are news that there are Kirin 985 processor, while 7nm + EUV (extreme UV  Lithography) is TSMC (TSMC).

According to the latest news in the industry chain, Kirin 990 will not launch ARM’s A77 architecture this time, or will continue to use Kirin 980’s Cortex-A76 CPU architecture (small core is Cortex-A55), compared to the previous generation, CPU frequency will improve, and the GPU will be stronger, it is still Mali-G76, but it is said to upgrade to 16 cores.

For TSMC’s 7nm FinFET Plus EUV process, this performance will increase by 20% compared to the previous generation 7nm process, while power consumption will be reduced by 20%, while Apple’s A13 will use the same process. In addition to these upgrades, the NPU and DSP of the Kirin 990 will also be upgraded. In particular, the NPU will adopt Huawei’s self-developed DaVinci architecture. The overall performance is 20% higher than that of the Kirin 810. This reflects the AI attribute of the mobile phone will be stronger.

As for the integrated 5G baseband, some industry chain sources broke the news. Huawei will also upgrade the Baron 5000 this time. The upgrade is mainly to reduce the size of the baseband, and at the same time replace the 7nm+ EUV process, and still support 5G SA independence and NSA non-  Independent networking, backward compatible with 2/3/4G networks, continuing the fastest download speed under the current 5G network.

In addition, at this conference, another Kirin processor released by Huawei may be a small upgraded version of Kirin 980. It does not integrate 5G baseband, and its performance is improved by more than 20% compared with the current Kirin 980. The practice of dual-issue Kirin processors is mainly because Huawei hopes to seize more mid-to-high-end markets through its own advantages in 5G technology, and use the time difference to make Qualcomm passive.

The industry chain also revealed that Huawei’s new Kirin processor has placed a lot of orders for TSMC, which is in full-speed production. In addition to the Mate 30 series (released on September 19), Mate X will also be equipped with the latest processor Kirin 990.