Home/Uncategorized/Chip Market May Collapse Completely in 2023!

Chip Market May Collapse Completely in 2023!

According to foreign media reports, analyst Malcolm Penn has lowered his view on the global chip market to a growth of 4% in 2022, followed by a contraction of 22% in 2023. 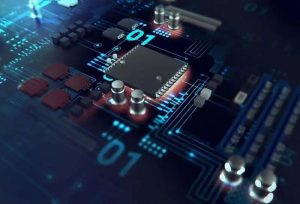 As CEO and founder of Future Horizons, Penn has been warning of the arrival of the 17th market recession (which lasted 18 months). On the economy, industry demand, capital spending and average selling price (ASP), “every warning light is flashing red right now,” he noted during a webinar, according to the report. Penn said the outlook is rarely worse than that, especially as the global economy heads toward recession and inflation at the same time.

He also said that for several quarters, unit shipments of chips have grown faster than the long-term average, meaning customers have been repeating orders and entrusting parts to inventory. As customers began to cut back on orders, the average selling price also fell. “Average selling prices have started to plummet in June,” said Penn, which is earlier than he expected in the third quarter of 2022.

In terms of capital expenditures, Penn noted that it has been at an all-time high for several years — 23% of sales, compared to the long-term average of about 13% of sales. Much of this spending will create capacity when it’s not needed, Penn stressed. During the webinar, Penn concluded that the crash came slightly earlier, which led to a downward revision in growth forecasts. In January 2022, he predicted that the chip market would grow by 4% to 14%, most likely 10%. Today, Penn sees growth in the range of 2% to 6% in 2022, with the most likely figure being the median.

Penn added that the general economic situation and the cyclical nature of the semiconductor industry mean “there won’t be a soft landing”. There are few chances in 2023.

However, Penn said that while chipmakers and suppliers may face difficult times, EDAs, IP licensors and design houses tend to be the beneficiaries of a downturn. “It happens from time to time that the industry is designed to go out of its trough.”