On January 5, Pascal Desroches, the chief financial officer of AT&T, clearly stated the company’s financial strategy at the 2023 Communication, Media and Entertainment Conference of Citigroup. He said that the script was “boring but very important, that is, to promote profit growth, pay attractive dividends, and strengthen the balance sheet”. 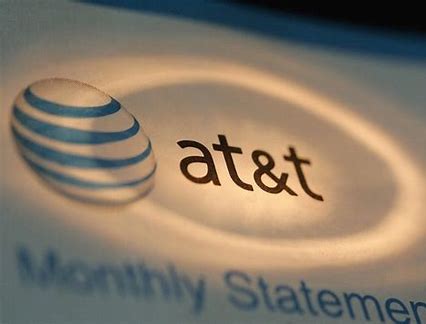 Cost management and debt reduction are an important part of AT&T’s current financial strategy. The company is currently carrying out a $6 billion cost reduction plan, which will start in early 2020.
Desroches said: “We must ensure that AT&T has a competitive cost structure. In my opinion, we are still on the way in this regard, but have not reached the end. We will not stop at $6 billion.” He said that layoffs are also part of the company’s cost reduction plan.
AT&T plans to continue to apply AI and machine learning to customer service and on-site service to help reduce costs. The company will also continuously evaluate its retail footprint to determine the best combination of authorized retailers and AT&T’s own stores.
Desroches said that in the past two and a half years, the growth rate of the telecommunications industry has surprised everyone. “But in the second half of 2022, our growth tends to be normalized.” Desroches said that in the future, the growth will be carried out at a more moderate rate. “We expect that at a certain point in time, the net increase of telephone users will balance with the overall population growth.”
Last summer, AT&T raised the price of some low-end post-payment plans. It is expected that it can transfer many of these customers to higher-level plans. This strategy has paid off for the company.
In the second half of 2022, AT&T’s ARPU increased. According to the data released by Cowen’s analysts, at the end of the third quarter of 2022, AT&T’s ARPU was $55.67, up 2.4% year-on-year, the strongest since 2019.
In the field of optical fiber, recently, AT&T announced the establishment of a joint venture with BlackRock Alternatives, a private equity company, to create a nationwide optical fiber wholesale network called Gigapower.
Asked why AT&T uses external capital to fund the deployment of optical fiber, Desroches said: “We should not only use external capital, but also ensure that the balance sheet continues to be deleveraged.” He pointed out that due to various large acquisitions before, AT&T “is really limited by debt”, “we have made great strides in deleveraging, which is still a priority”. AT&T will continue to look for opportunities in the field of optical fiber, whether through government stimulus funds or through cooperation, but not at the expense of the balance sheet.