Home/Blog/5G and Huawei Dominate Asia in 2019

In 2019, 5G and Huawei are two major themes for the development of the Asian telecommunications industry. 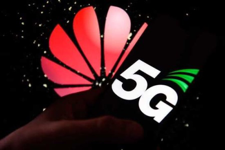 In terms of 5G, the large-scale early deployment of South Korea and China has set a global pace.

In early April this year, Korea deployed the first commercial-scale 5G service through the coordination of all three operators. They have accumulated 2 million users in the first four months and are expected to reach 5 million by the end of the year. Driven by increasing data consumption, market leader SK Telecom’s 5G profits have increased. New services such as cloud gaming and augmented reality are attracting attention, but there is still a long way to go to generate significant revenue.

In June, the 5G race suddenly escalated. China’s mainland suddenly issued a permit six months ahead of schedule, which is likely due to growing technological tensions with the United States.  The three major Chinese operators jointly launched 5G services on November 1. At present, they have deployed nearly 130,000 5G base stations (the Ministry of Industry and Information Technology announced on December 24 that the country will open 126,000 5G base stations) and provide a service price as low as 128 yuan per month.

In Asia, except for South Korea and China, Australia and New Zealand have introduced restricted 5G services. Globe Telecom in the Philippines has started to provide 5G-based home broadband services. Most other countries are still in the licensing stage. Singapore, Japan, Hong Kong, China and Taiwan, China are all expected to launch 5G services in mid-2020.

Huawei has begun 2019 with the arrest of its chief financial officer Meng Wanzhou in Vancouver and indictment over alleged sanctions violations with the United States. Twelve months later, Meng Wanzhou was still released in Canada and returned home. But it was a difficult year for the company her father started.

The biggest hit occurred in mid-May when the US Department of Commerce added Huawei to its list of export entities, thereby barring US companies from supplying to the Chinese supplier. But as the US company found a way to circumvent the ban, the Trump administration proposed a series of probation measures, and Huawei accumulates inventories. The Shenzhen-based company has so far gone through difficulties. The latest news shows that Huawei’s revenue in 2019 increased by 18% year-on-year, exceeding 850 billion yuan, and its profit margins have increased slightly in the first three quarters.

Huawei also countered the law with two lawsuits against the U.S. government-one about its ban on U.S. government agencies and the other about its exclusion from the FCC’s subsidy program for rural operators.

9In September this year, CEO Ren Zhengfei’s move shocked the world. He said that he could transfer all 5G technology and process secrets to American companies and help the United States build a 5G industry. To date, no US company has accepted the service.

Huawei rival ZTE was hit by Huawei sanctions in 2018, but the company has shown signs of recovery due to the start of 5G deployment in China, but has not yet recovered to the level of three years ago.

After months of negotiations, the $ 13 billion merger between Telenor and Axiata has failed (this is the largest merger in Asia in years). If the merger is successful, the new company will have 300 million subscribers in 9 countries, making it one of the world’s largest telecommunications companies.

Japan’s Rakuten plans to enter the mobile communications industry are delayed. The company started to provide mobile communication services on October 1, but only provided services to about 5,000 people for the first half of the year and it was free. It is expected that the formal service will be open to everyone by next spring, which is delayed from the original plan.

China Telecom was awarded the Philippine Mobile License, which is its first license outside China. China Mobile was forced to suspend the Silicon Valley data center plan.